This is what happen to an inhabitant from Nice (France) who was going to buy a 125 TM on sale on « le bon coin » (a craigslist like) has an attractive price: 850 euros. The ad is without picture, but he receives photos from the seller by email. A friend has to get back the motorcycle. But 5 minutes before the meeting by typing «theft 125 TM Grenoble» on google, he saw the ad of this 125 TM of the 11th May, 2015 on volmx: 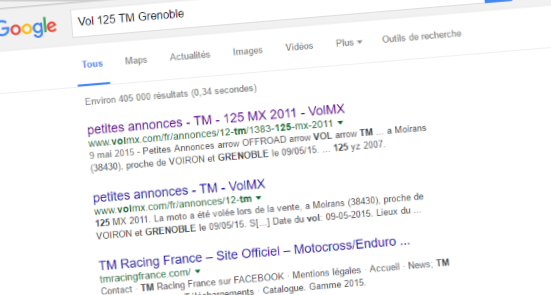 The continuation, it’s Stacy, who tell us: « a man from Nice contacted me, he was going to buy my 125 TM (he saw my ad on volmx). He passed on me the information of the seller. I contacted the police station by telling them that I was going to see a motorcycle which had been stolen from me. I went to the retailer’s and I pretended to be a buyer. Once in front of the motorcycle, I called back to the police station. They intervened under 10 minutes, they were on patrol not very far. During the control of the vehicle, they guaranteed that the motorcycle had been stolen. One thousand thank you again for this web site because without I would never have been able to find the motorcycle! » 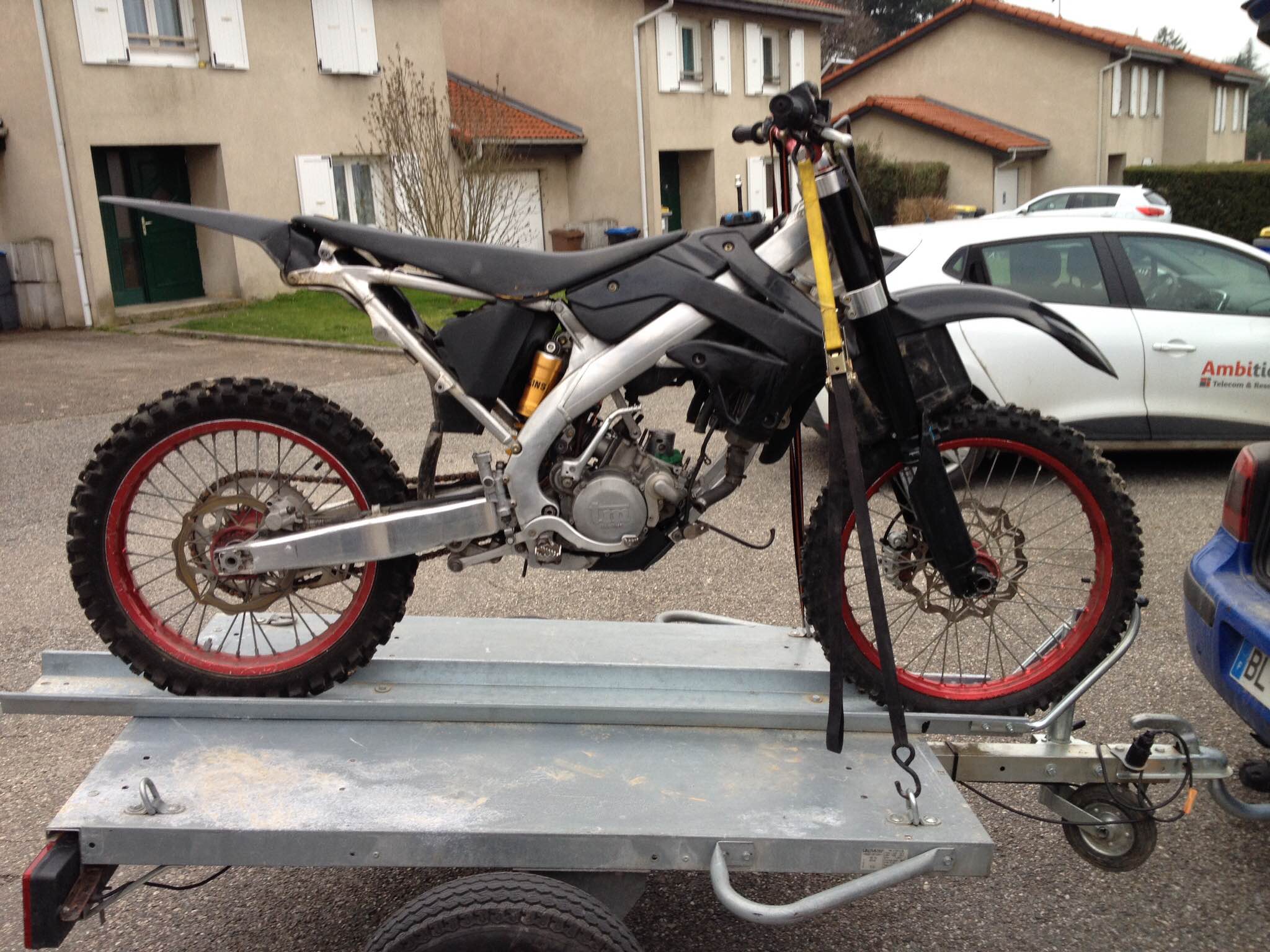 ADVISE :Before buying a second-hand motorcycle, consult Volmx and his multi-criteria search (http://www.volmx.com/en/advanced-search) . Select for example the brand and the cylinder capacity. It takes only a few minutes, but it can avoid you troubles (and allow us to find stolen motorcycles ...)